Where is Dr. Who?

January was the month of yarn as I did a little bit of knitting and crocheting.  My girlfriend is a major and I mean MAJOR Dr. Who fan.  She asked me to make her a Dr. Who scarf and I cringed the whole time while making it because the scarf is so long and can probably be worn by 3 or more people at the same time.  There are so many color changes to this scarf it's crazy.

As I told her, she is very lucky I love her so much or she would not have gotten this scarf.  I'm glad I didn't have to make it as long as the original and she only requested that it reach a little past her knees after wrapping it around her neck one time.  Here is the scarf.  I was able to get a quick picture before I gave it to her. 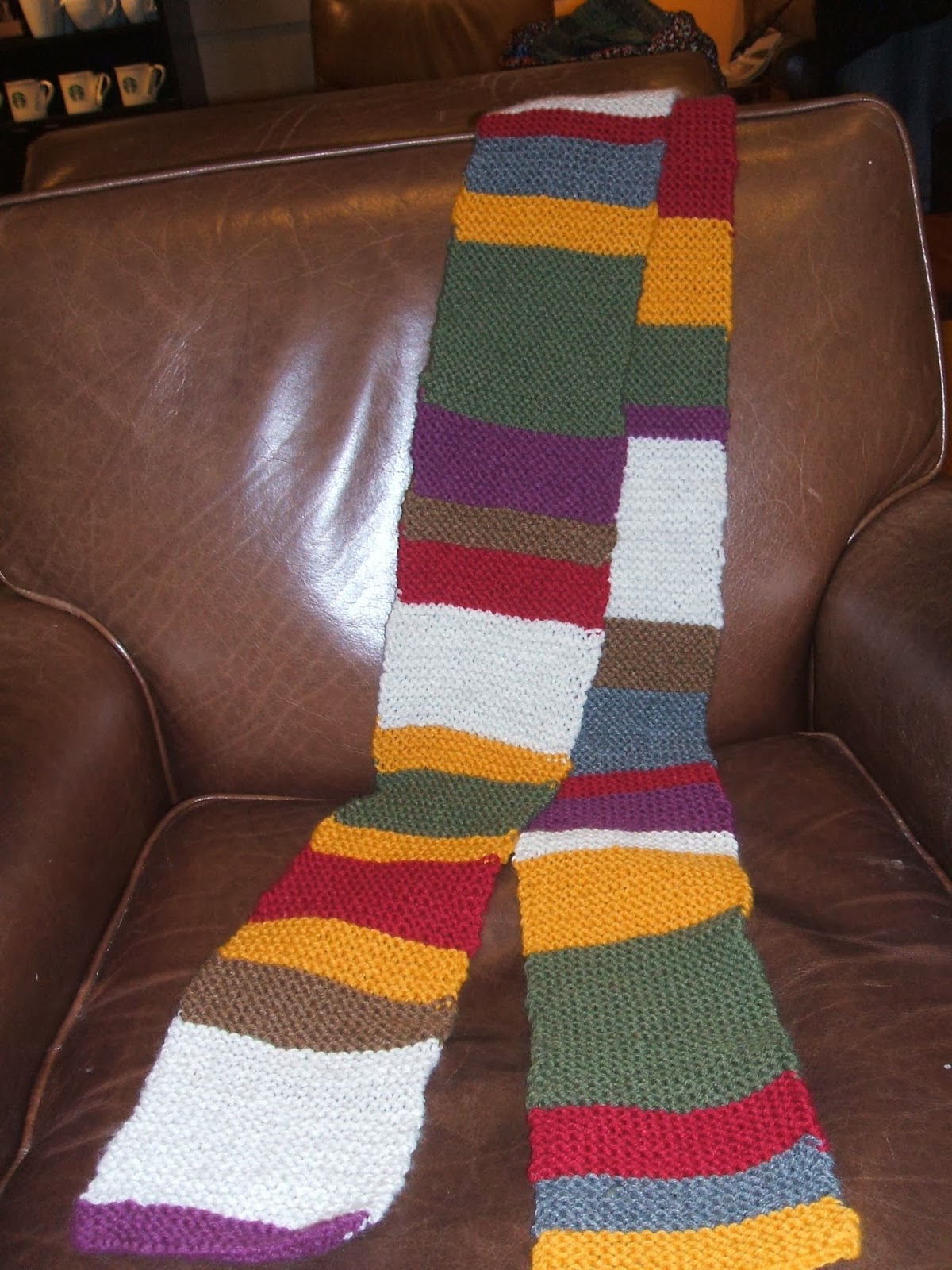 I haven't gotten a picture of her in it yet, but I'll try to get one soon.  The yarn used on this project was Lion Brand Wool-ease.

My next project after that was a mini infinity scarf I crocheted from some yarn that I had hanging around from last year.  The yarn is Red Heart Boutique Treasure.  I normally like the more expensive yarns from yarn shops, but when I saw this yarn, I had to buy it.  I have to say, a lot of the commercial yarn companies have stepped up their game. 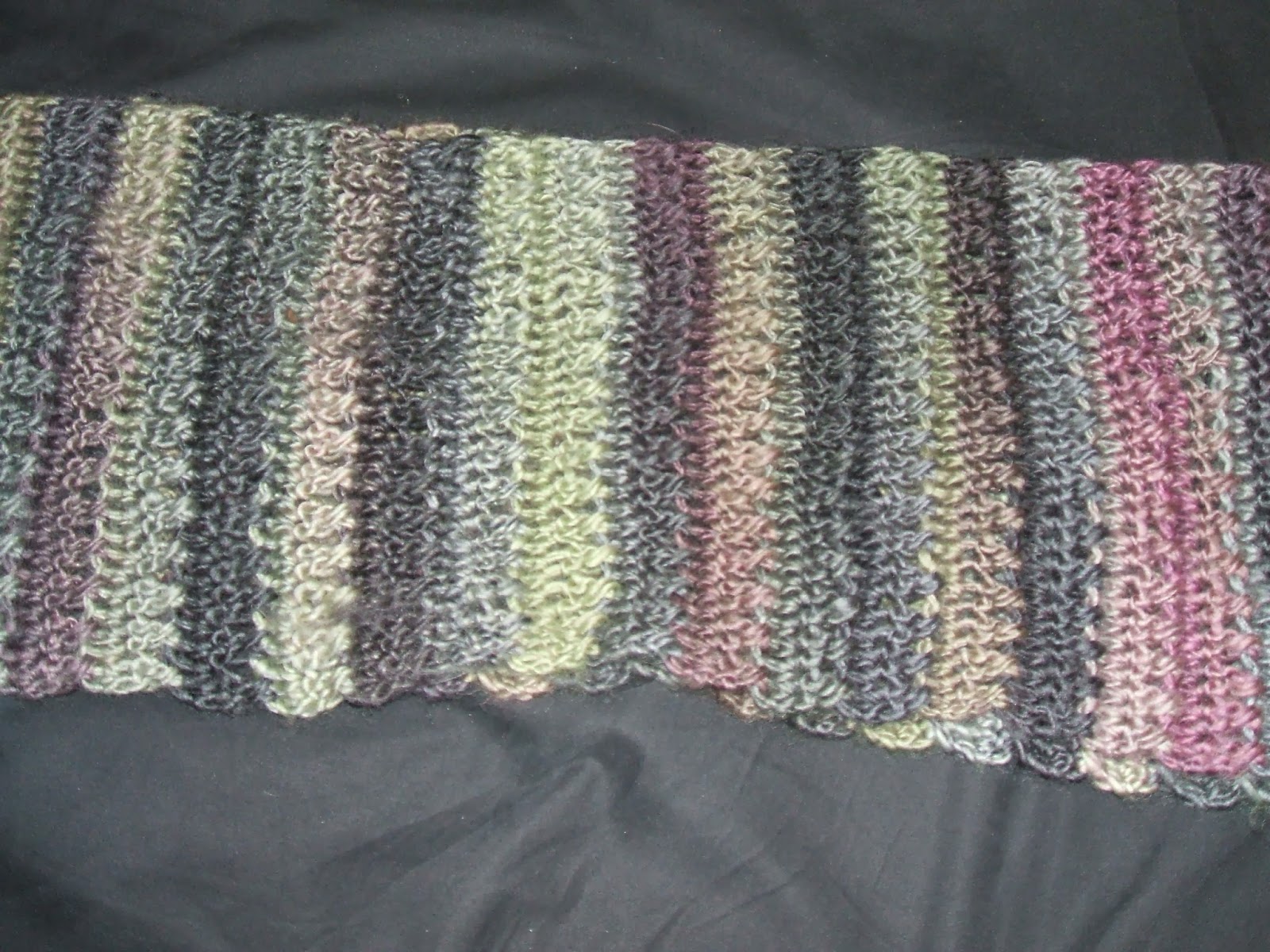 It's always nice to do a crochet project because they work up much quicker than knitted projects   Lola decided to take a turn wearing it so this is what it looks like on. 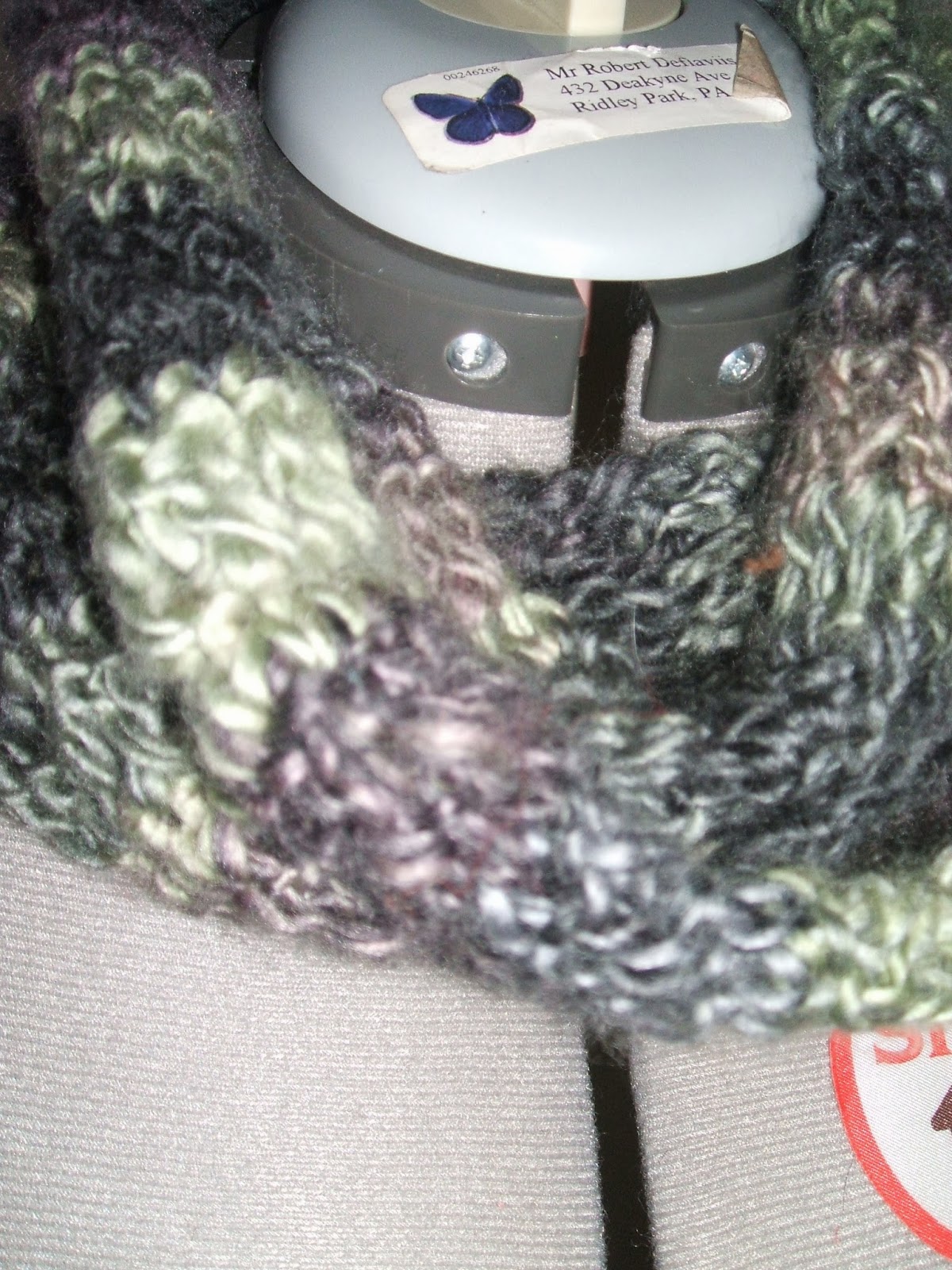 The last project I started working on last month was the Still Light Tunic by Veera Valmaki. 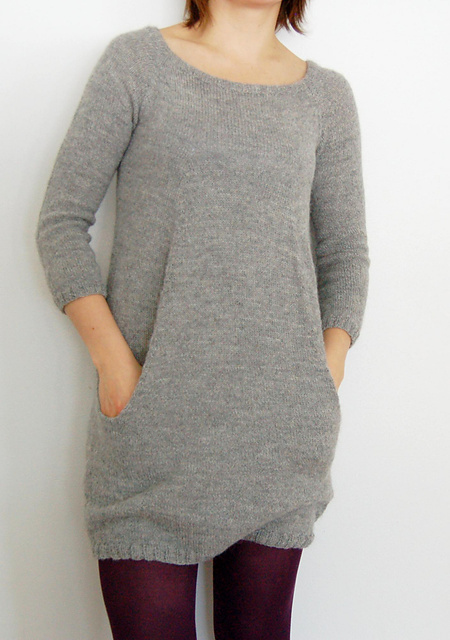 So far this tunic is knitting up pretty nicely.  The yarn I'm using on this project is Bernat Baby Soft.  This pattern is an easy knit.  I don't have to pay too much attention as the design is not intricate. 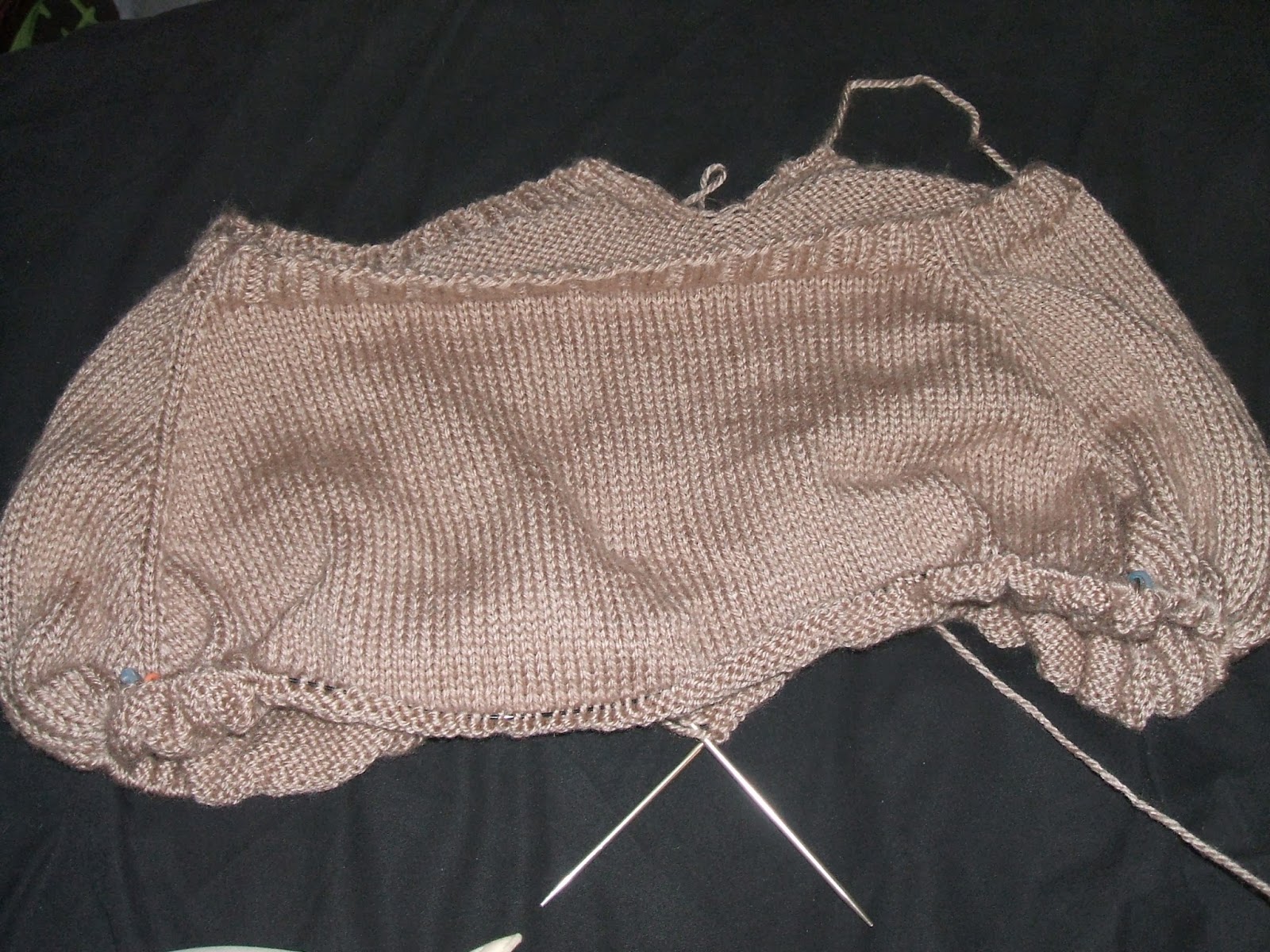 Plus, it's great for movie watching.  I've just caught on to the Downton Abbey craze.  I'm on Season Two right now and loving it.  The fashion is amazing and Dame Maggie Smith is AMAZING!!!!  I've also been watching the series Bomb Girls on Netflix.  This show isn't bad either.  If this tunic turns out the way I think it will, I'll be knitting another one in black.  These will be great for casual Fridays on the job accessorized with an infinity scarf or great jewelry, this pattern is definitely a winner.